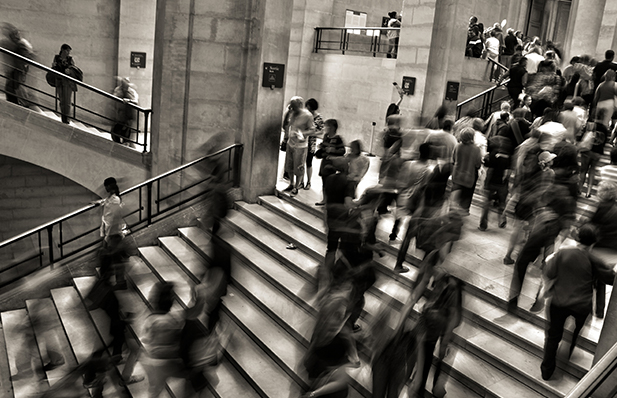 Sharpening the Peopling. Making sure your people interactions are encouraging and edifying rather than selfish and insincere comes only when the people of God continually come to the realization that it is not by might nor by power that they live but by God's Spirit (Zech. 4:6). It comes when we realize it is not alone that we live - we need everyone God has placed before us. Every brother and sister. The ones we have natural affection for and the ones we must work hard at loving. The ones we love and like and those we detest and dislike. The annoying ones. The lonely ones. The boisterous ones. The lazy ones. The quiet. The indifferent. The arrogant. The humble. The crazy. The solid. The servants. The leaches. The givers. The takers. The loyal. The disloyal. The wounded. The fakers. The genuine. The sick. The old. The young. The slow learners. The fast runners. The plodders. The plotters. The schemers. The beautiful. The ugly. The plain. The simple. The sharp. The smart. The intelligent. The rich. The poor. The liars. The thieves. The prostitutes. The pimps. The addicts. The downcast. The dejected. The discouraged. The wildly popular. The rejected. The person next door. The one around the corner. The back biter. The slanderer. The gossip. The overweight. The underweight. The self conscious. The overly bold. The underconfident. The overconfident. The timid. The brave. The bold. The fun. The bosom friend. The confidant. The treacherous. The reckless. The ruthless. The heartless. The conniver. The trustworthy. The paralyzed. The free. The helper. The encourager. The blasphemer. The con artist. The weak. The strong. The intellectual. The authority. The minority. The white. The black. The red. The yellow. The brown. The mixed. The mixed up. The confused. The well dressed. The disheveled. The proper. The prince. The pauper. The outcast. The friendly. The homeless. The helpless. The slow. The gifted. The blessed. The cheerful. The lively. The lovely. The lonely. The bold. The beautiful. The beaten-down. The challenged. The mother. The father. The sister. The brother. The cousin. The niece. The nephew. The inlaw. The outlaw. The naysayer. The optimist. The opinionated. The orphaned. The one you can't live without. The one you don't want. Everyone that God has claimed "Mine". Everyone He has chosen, called, regenerated, converted, justified, adopted, sanctified - sanctifying- and glorified. You need each other. Not segregated. Integrated into the beautiful bride that is Christ's Church being prepared - in all her rugged messiness - for an eternity beyond belief. But how do you love everyone and be free of the pettiness and scorekeeping that drives households and God's household apart? You catch what God is sending your way every day. A fresh glimpse of your total depravity and His total sovereignty. Your guilt, His greatness. 2 Tim.‬ ‭2:24‭ the Lord's servant must not be quarrelsome but kind to everyone,