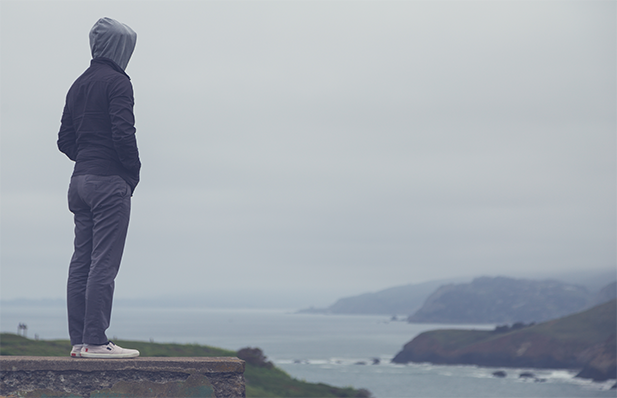 I'm tempted to say there are no secret disciples but that wouldn't be true. There are plenty of Christ's followers flying under the radar undetected. Actually in one sense it is true: God knows who belongs to Him. But humanly speaking, there are many incognito Christians.

Jesus said we would be known by our fruit. That's what ought to give us away. Our words and actions betray us.

My challenge to you today? Come out of the shadows. Come into the light of day. Declare your allegiance to the Way, the Truth, and the Life. Speak it. Live it openly. Risk embarrassment. Risk shock. Be called to account. Be identified. It'll be the best thing for you. It will keep you accountable to actually live what you say you believe.

Nicodemus was a secret disciple for fear of the Jews. Jesus eternally blew his cover by putting him in Scripture. And before that, he helped Joseph of Arimethea bury the body of Jesus.

Following Jesus’ death, Jewish authorities did not remove Jesus’ body from the Cross and bury Him in the grave. It was Jesus’ friend, Joseph of Arimathea. A wealthy member of the Sanhedrin, and a disciple of Jesus. And another formerly secret disciple helped Joseph. Nicodemus, who had visited Jesus at night (John 3). The first to ever hear John 3:16.

These two secret disciples, moved by love for Jesus, came out of the shadows with Christlike courage. Openly revealed themselves as disciples of Christ. Nicodemus brought spices for anointing, Joseph gave his new tomb. No longer secret, their lives were on the line.

Hidden Christians, unite and blow your cover. You really cannot stay silent. Deep down, wouldn't you really rather have people tell you to stop speaking the name of Jesus? What did the apostles say? We cannot stop speaking of what we have seen and heard. Jesus had captured their hearts and their new life found its way to their vocal chords.

A weight of guilt will be lifted from your shoulders. A burden of truthfulness will be brought to bear. The joy of the Lord will wash over you. That joy is your strength to keep standing up and being counted.

We live in the land of discontent. Be discontent to stay secretly speechlessly silent. Preach the Gospel always and please use understandable words.

1. Stand now and say I believe in Jesus Christ! It will give you humble boldness to make that same declaration elsewhere.
2. Speak Gospel truth in your heart, home, household of God, and any hemisphere you are in. Start with your heart and home. Show, and tell, your faith in Christ.
3. Seek other opportunities. You might have opportunity to tell someone who has never heard. Hard to believe but seriously true.